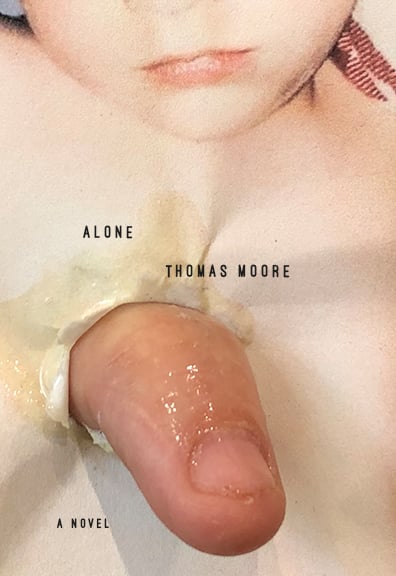 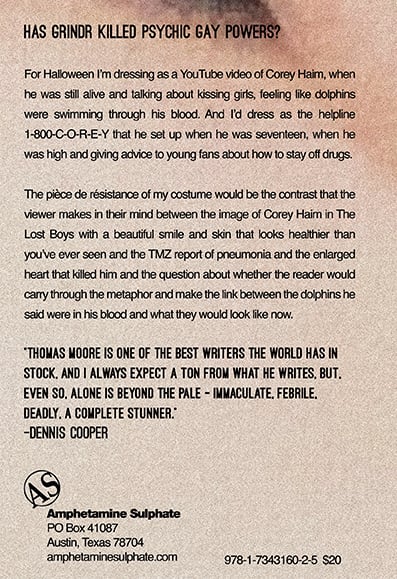 For Halloween I’m dressing as a YouTube video of Corey Haim, when he was still alive and talking about kissing girls, feeling like dolphins were swimming through his blood. And I’d dress as the helpline 1-800-C-O-R-E-Y that he set up when he was seventeen, when he was high and giving advice to young fans about how to stay off drugs.

The pièce de résistance of my costume would be the contrast that the viewer makes in their mind between the image of Corey Haim in The Lost Boys with a beautiful smile and skin that looks healthier than you’ve ever seen and the TMZ report of pneumonia and the enlarged heart that killed him and the question about whether the reader would carry through the metaphor and make the link between the dolphins he said were in his blood and what they would look like now.

"Thomas Moore is one of the best writers the world has in stock, and I always expect a ton from what he writes, but, even so, ALONE is beyond the pale — immaculate, febrile, deadly, a complete stunner."
-Dennis Cooper